China is located in East Asia, on the West Coast of the Pacific. Also, the capital of China is Beijing.

The Great Wall is an ancient Chinese military fortification. It is a tall, solid and continuous long wall to limit the movement of enemy horses. The Great Wall is not a purely isolated city wall, but a defensive system with the city wall as the main body, combined with a large number of cities, barriers, pavilions and signs.

It's a unified multi-ethnic country with the Han nationality as the main body and 56 ethnic groups. Its different ethnic groups have their own language, but the most common language in China is Mandarin and many types of Traditional.

Hanfu was most tradition clothes in thousands of years of China. Hanfu is not only rich in variety, but also in various accessories. The styles, shapes, materials and tailoring of Hanfu are obviously different in different historical periods, but the main body is similar.

Dragon dance during the Spring Festival is a traditional folk entertainment with unique national characteristics in China. From the Spring Festival to the Lantern Festival, the Chinese urban and rural areas have the custom of playing dragon lanterns. Legend has it that dragons can walk clouds and rain, eliminate disasters and bring blessings, symbolizing auspiciousness, so it has become a custom across the country to pray for peace and good harvests by dancing dragons. After thousands of years of inheritance and development, dragon lantern play has become a traditional dance with lively form, beautiful performance and romantic color.

A traditional writing and painting tool that originated in China. It is a pen made of poultry hair. Rabbit hair was used at first, and sheep, wolf, rat and other animal hair were also used later. The pen tube is made of bamboo or other materials. The head is round and pointed. 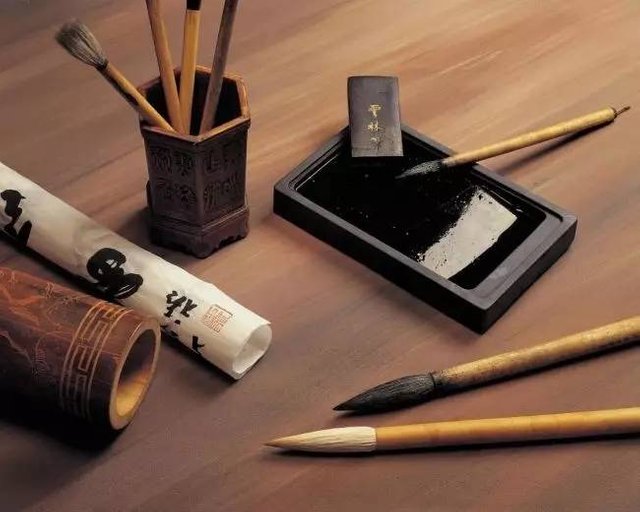 The main raw materials of ink are tobacco material, glue and traditional Chinese medicine. Ink for writing with a brush can be produced by grinding an inkstone with water. Ink is an indispensable item in ancient writing.

Chinese opera was trandition Chinese drama when thousands of years ago. Most stoies come from folk tales, myths, legends and more. Chinese opera is a combination of Chinese opera and musical drama. Chinese opera, which has been regarded as one of the treasures of China. That people will use colorful color draw on the face to represent different meaning, which are used to express character, their emotional state and general character. Also, they will wear different clothes to act and represent the character.

China is the hometown of tea trees, and China is the country where the wild tea trees were discovered the earliest and the most. Ancient Chinese discovered the tea tree, they used tea leaves as medicinals at first, and later as beverages. As early of the Chiina, Chinese people had the habit of drinking tea, and then gradually learned the techniques of cultivating tea trees and making tea leaves. According to the production method, Chinese tea is divided into several categories such as green tea, black tea, oolong tea, scented tea, Tuo tea, brick tea, etc. There are many varieties of tea.